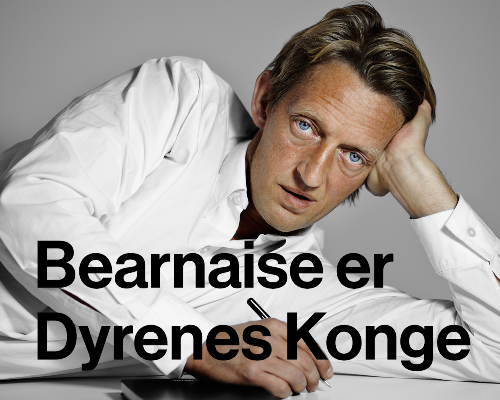 “The seasoning was perfect, distinct without being too much and it is – without comparison – the best traditional meat balls I have had in a Danish restaurant,” said Restaurant Critic, Martin Kongstad about our ‘frikadeller’ (meat balls).
Martin Kongstad even included our humble ‘frikadeller’ on his Top-5 list of food experiences in 2018 (photo: Radio 24/syv).

“I have never – and I repeat – never had decent ‘frikadeller” (meat balls) in a lunch restaurant,” says Restaurant Critic, Martin Kongstad, when he reviewed our Christmas Lunch in November 2018.
This changed when he paid us his second visit, which made him claim:
“The meat balls were piping hot and the juice spread in my mouth. Lack of salt is often an issue but not at Kronborg.”
He concluded: “The seasoning was perfect, distinct without being too much and it is – without comparison – the best traditional meat balls I have had in a Danish restaurant.”
Martin Kongstad actually awarded Restaurant Kronborg the title as “unofficial Copenhagen Champion in traditional meat balls.”

Martin Kongstad is an acknowledged Danish author, journalist and reviewer. He has chosen an untraditional and quite interesting format for his reviews in the programme “Bearnaise is the king of the animals” (previously on Radio 24/syv, now on Podimo and HeartBeats): every week he invites a current person out for a meal where he will interview his guest and at the same time review the restaurant after an ancient marking scale, abandoned years ago by the Danish school system.
For New Year’s he invites a group of guests to enjoy an evening with fantastic food at “Red Claus” (a legend among Danish chefs, who has just opened a new restaurant, named Salon). During the evening Martin Kongstad lists his five favourite food experiences in the year that has passed (as well as his two worst experiences).
In 2018 we had the pleasure and honour of our humble meat balls to join the Top-5 list along with some of the country’s finest, reviewer-praised and award-winning restaurants, like Falsled Kro.
We thank Martin Kongstad for including us and happily encourage you to listen to the podcast “The Year that Passed” on “Bearnaise is the King of the Animals” (sorry, in Danish only).